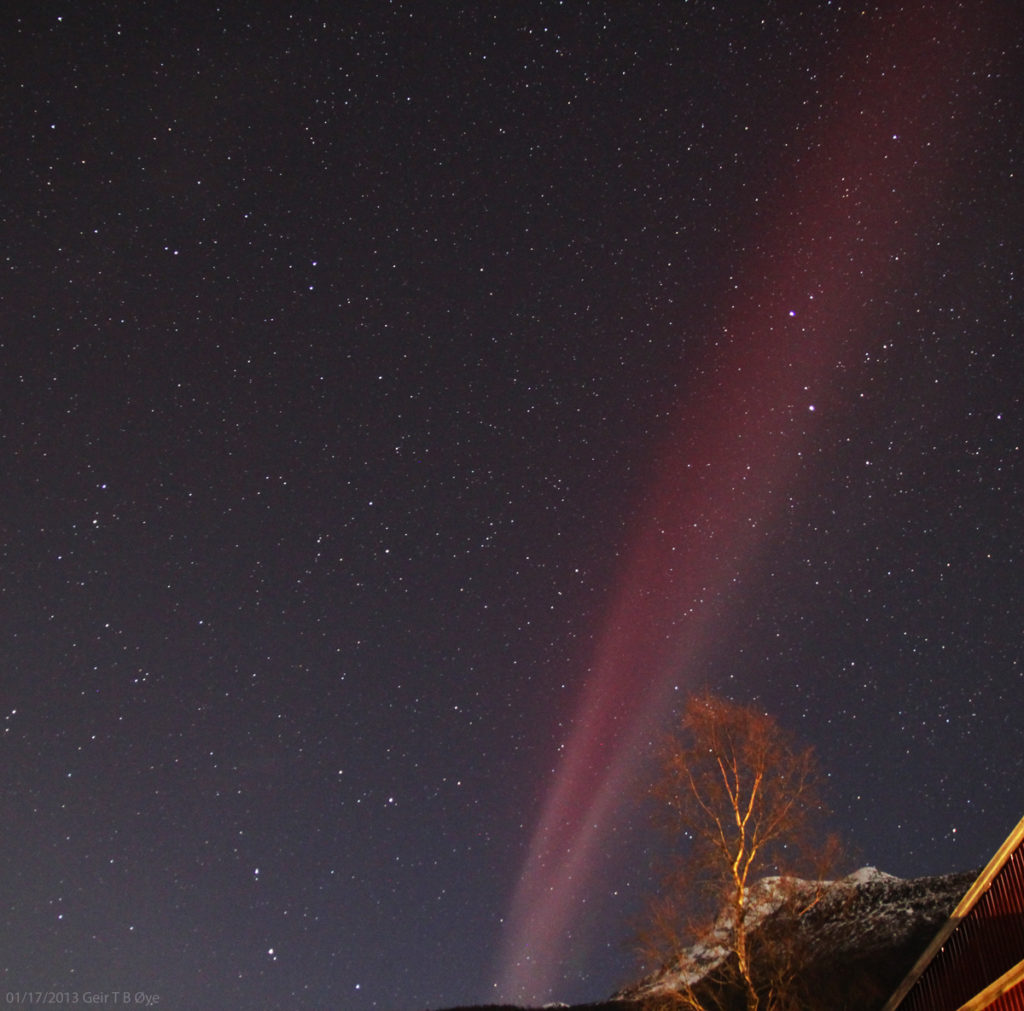 On the evening of January 17, 2013 there was a vivid display (see two photos at the bottom of the page) of aurora borealis seen from my location  in Ørsta, Norway. (Lat 62.18 N)
The same evening I also noticed a structure – a band, that resembled a contrail from a plane. This narrow band was however different. It appeared white, but a tint glow of purple could be seen. I stopped photographing the aurora borealis, and directed the camera/lens to the eastern sky where the phenomenon was located.  And shot several images.

Several years later, in 2016, this phenomenon was named STEVE. STEVE, is an abbreviation for: Strong Thermal Emission Velocity Enhancement. It is a phenomen that is still not fully understood.

This photo was dormant on a hard disk drive until it was recovered in mid-October 2020. 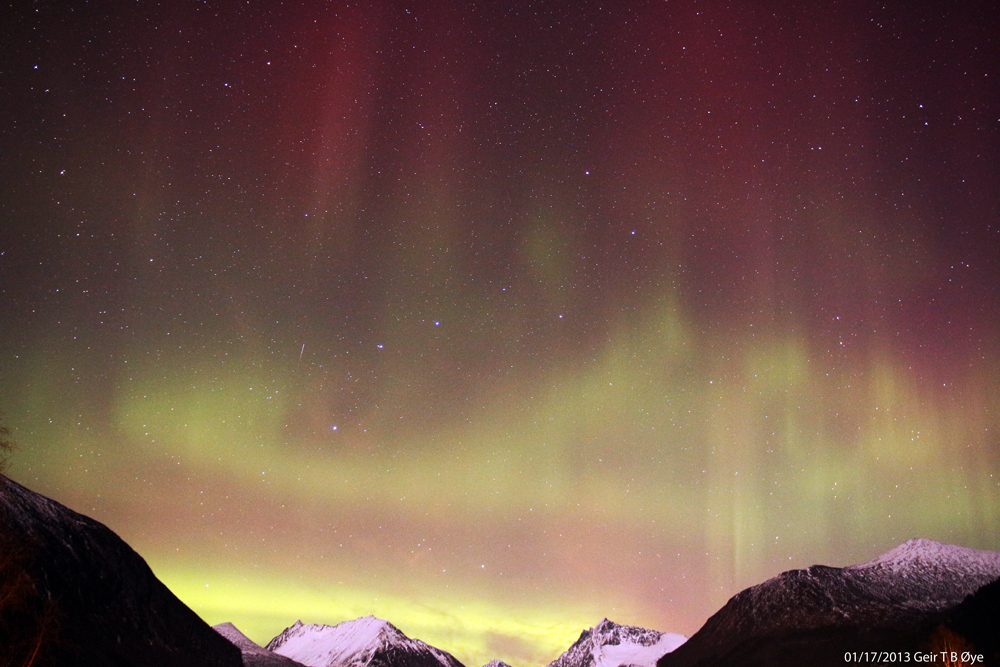 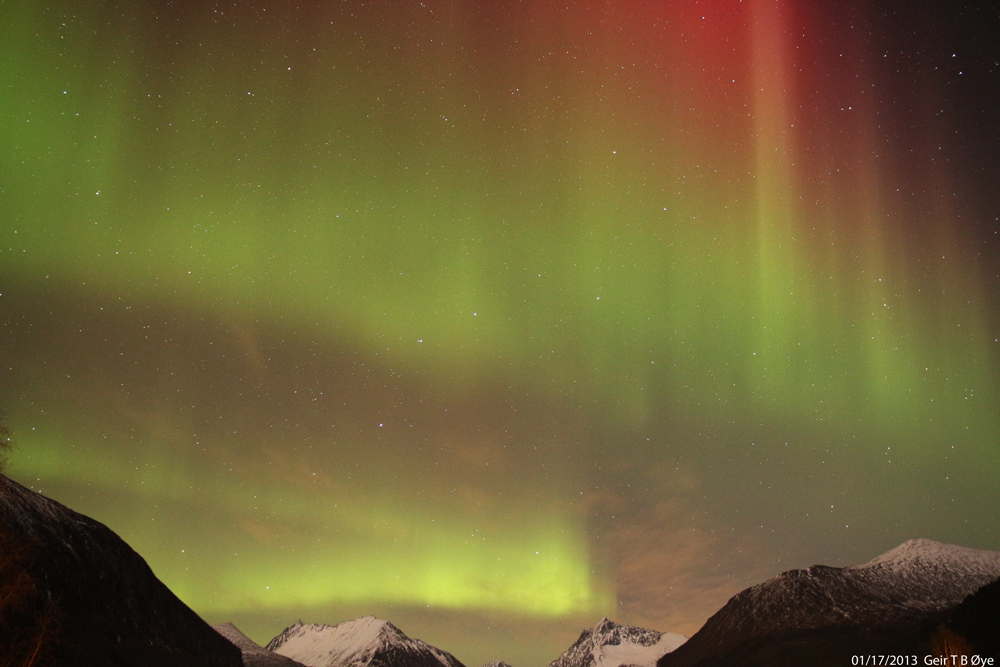