The Star Hole in Volda, Norway

This star-shaped hole (with seven sides) was found by contractors on Friday November 30, 2007 in Volda, Norway. 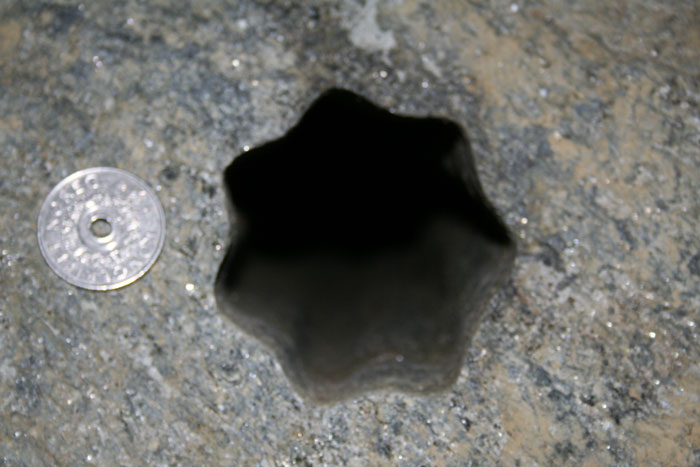 After removing surface vegetation and loose surface material, contractors started working on the massive mountain. It was during this work inside the mountain, this hole was unveiled. The hole is peculiar, it looks like a seven sided star. It penetrates into the mountain. (According to local people; contractors have reached four meters into the mountain, it is said that the hole continues horizontally inward in paralell to the Volda fjord in a north/western direction, the hole tilts sligthly downward) The diameter of the hole is approx 65 - 70 mm. Currently nobody knows how far the hole extends, and how it was formed. Pictures below shows the site and two stones penetrated by the star-shaped hole. Page will be updated when more information is available.

Update (March 2008): The origin of the Star-shaped hole in Volda is probably not as mysterious as speculations would have it to be. Several local blacksmiths have recently revealed that star-shaped holes were quite common in the old days. They say that the hole in Volda most likely was drilled in the 1930s, and that there are even more holes similar to the one in Volda at other locations. The holes were created when the worksmen used a six-sided drill head (picture of the old drill-head is shown in newspaper article) to carry out mountain drilling (construction work etc.). However, there are people who question this solution. But, as of now the most likely conclusion is that the hole was made by human workers more than 60 years ago. 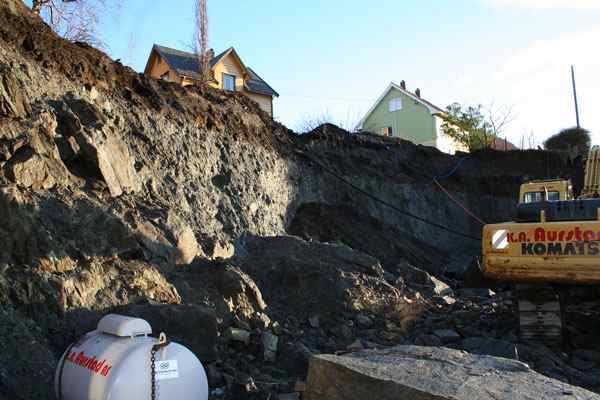 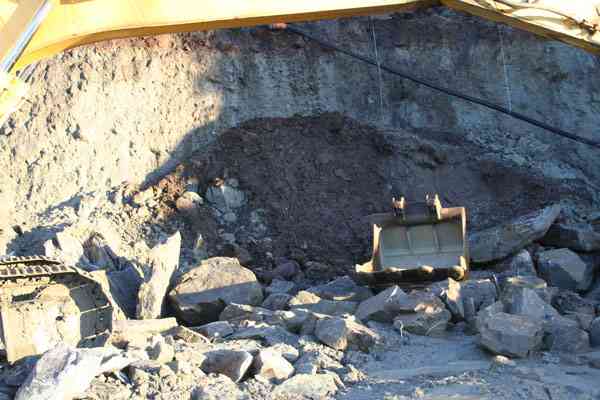 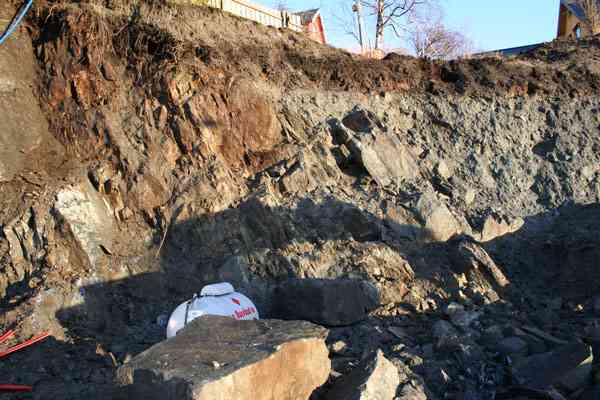 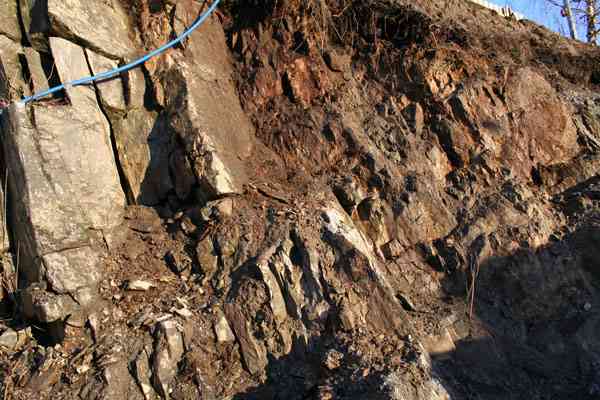 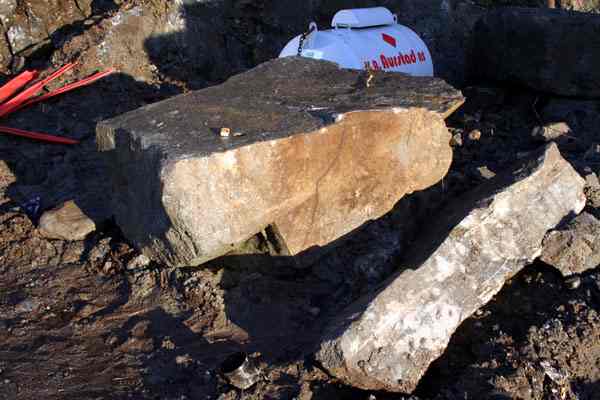 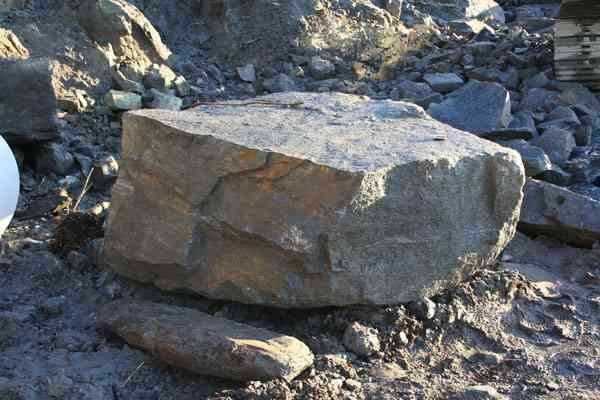 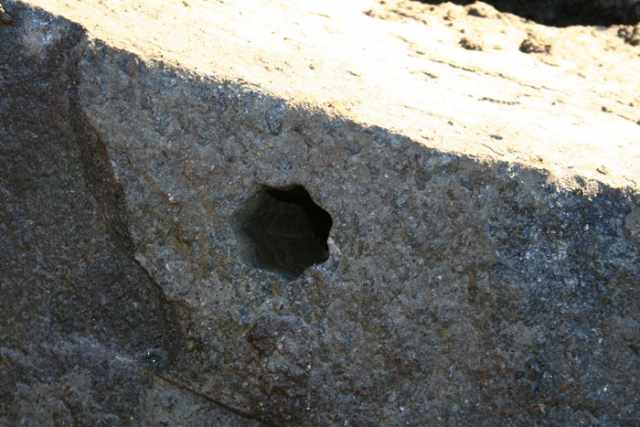 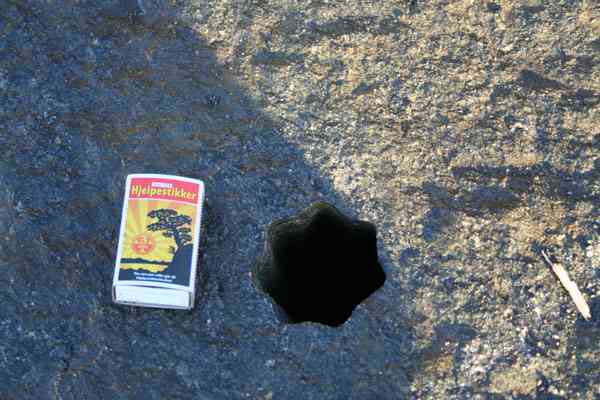 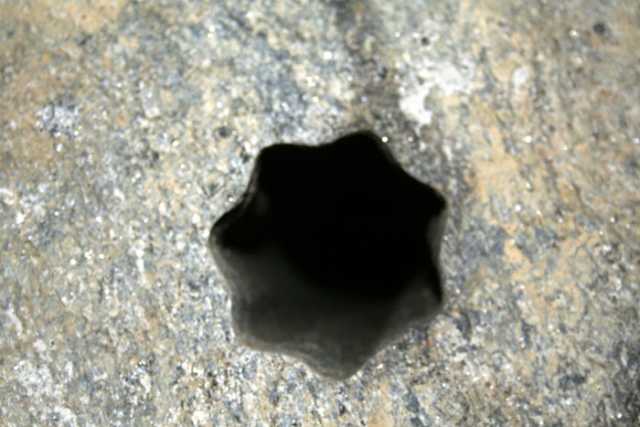 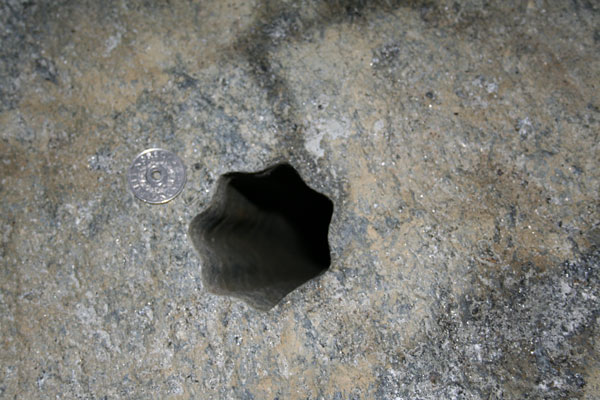 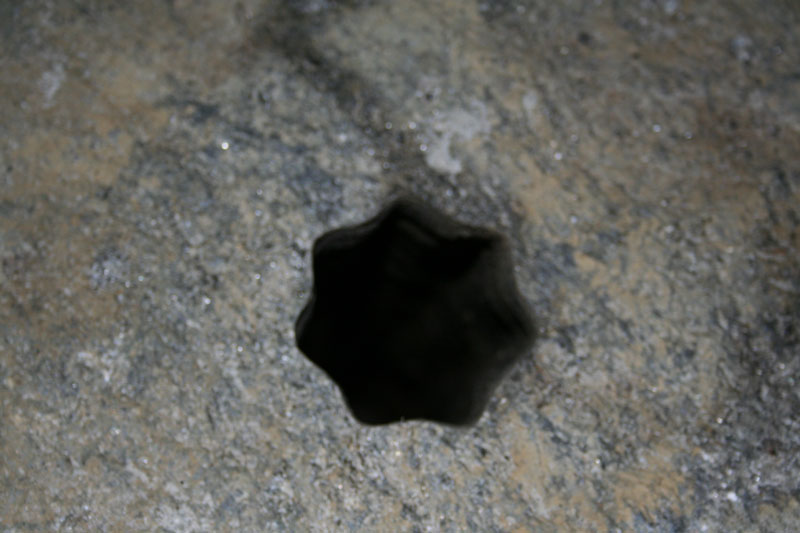 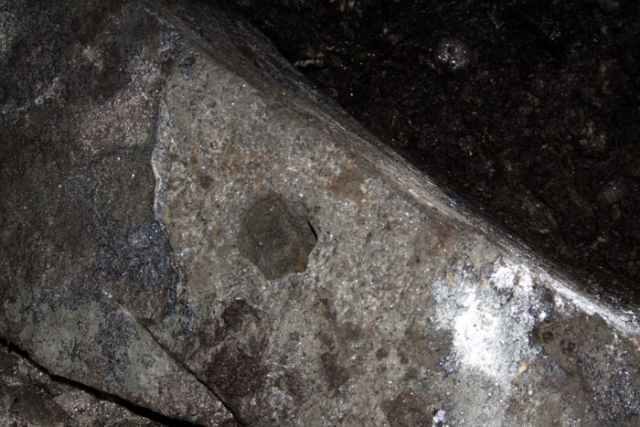